A bond between Dogs & handlers in Australian Defence Force 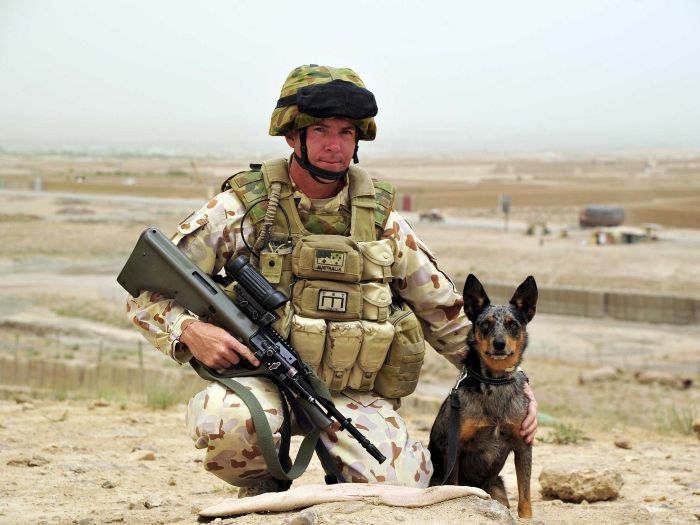 Anzac Day marks the anniversary of the first campaign that led to major casualties for Australian and New Zealand forces during the First World War.

The acronym ANZAC stands for Australian and New Zealand Army Corps, whose soldiers were known as Anzacs. Anzac Day remains one of the most important national occasions of both Australia and New Zealand.

The Australian Army has worked with dogs for years in different roles, the most recent deployments have included Somalia, East Timor, the Solomon Islands and Afghanistan.

The dogs recruited are trained to sniff out and detect the many different chemicals that make up Improvised Explosive Devices (IEDs) & save lives.

If you're intrigued to learn more about the bond between dog handlers and their 4 legged diggers, head to:

Open to the general public Tuesday, Thursday and Saturday.
Visits commence at 9.45am and 12.45pm at Holsworthy Barracks Pass Office.
All visitors over 16 years of age must provide photo identification (Driver’s Licence, Passport, RMS card or ADF pass) to gain access to the museum.

Are you or someone you know getting deployed away on exercise? Get in touch with a loving sitter to take care of your pets.

Are you the partner of someone who is getting deployed? Help another defence family by looking after their pet through Petcloud