How Are Some Imported Pet Treats Processed? 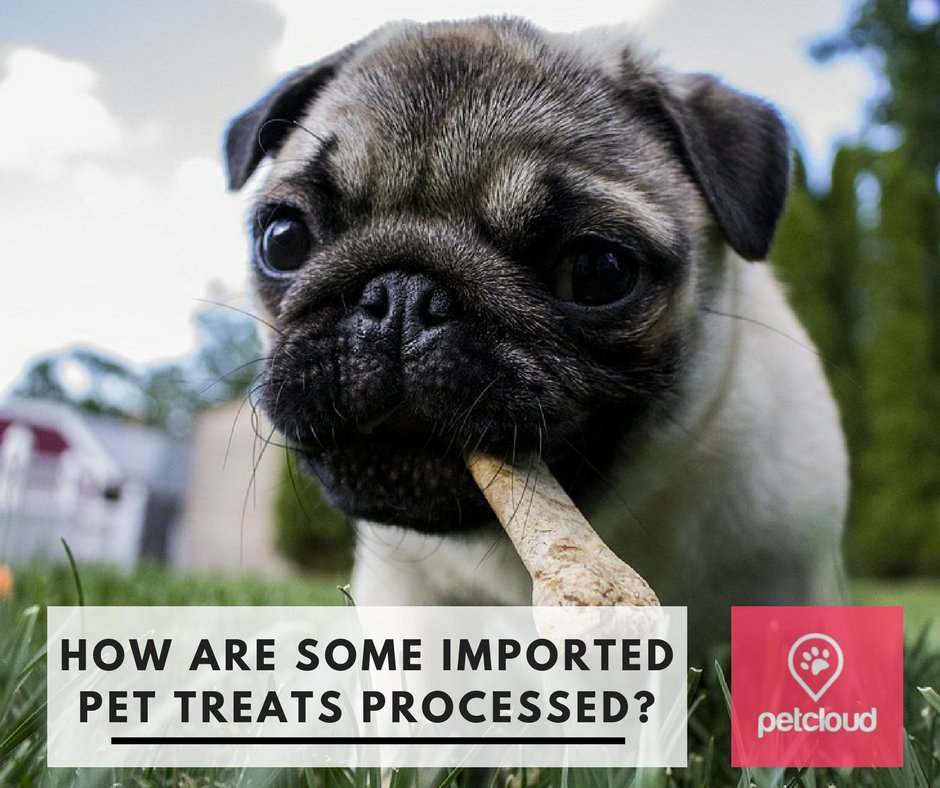 Pet Treat Awareness: Why shouldn’t I feed my furbaby too many imported processed treats? It’s not just because your dog or cat might be watching their figure, but particular dog treats can make them quite sick.

Australian pets enjoy more than 40 million meals a week and pet owners have access to some of the finest and safest pet foods in the world, according to Pet Food Industry Association of Australian, but what about those treats in between meals.

Trail Blazer Pets explains, "To irradiate something means to expose food to a high dose of energy ionizing radiation using Gamma rays, X-rays or electron beam radiation in the attempt to prevent food poisoning by reducing the level of parasites and harmful bacteria; to prevent spoilage by destroying bacteria, moulds and yeast, and to increase shelf life by slowing the ripening of fresh fruits and vegetables. (1) Another goal or irradiation is to kill bugs in product."

Why are imported treats irradiated (use of radiation for sterilization)?

Due to Australia’s favourable disease and pest-free status pet treats that are imported from overseas are a high quarantine risk and to mitigate this risk many treats go through an irradiation process.

How does this impact my pet?

Irradiation can cause illness to your pets, especially cats, who have displayed an association between ingestion of irradiated imported cat food and severe neurological impairment, including paralysis, which in some cases was fatal.

What is being done to reduce irradiated pet treats?

“Biosecurity Australia and AQIS (now DAFF Biosecurity) subsequently investigated the linkage between irradiation and cat health illnesses in consultation with the Australian Veterinary Association and local veterinarians and found that there was sufficient evidence to withdraw irradiation as a quarantine treatment option for imported cat food and required imported dog food subject to irradiation to be labelled ‘must not be fed to cats’,” they said.

How do I keep my pets safe?

According to the Department of Agriculture, irradiation of pet food for cats causes detrimental nutritional changes in car food and irradiation has not been used in cat food since 2009.

However irradiated imported dog food is still available and the RSPCA Australia would like to see a ban on the irradiation of all pet food.

“In addition, there may be as yet unidentified health effects on dogs following ingestion of irradiated dog food.”

RSPCA Australia says a number of Australian dogs have suffered from kidney problems after being fed particular pet treats.

“Cases have been associated with some chicken jerky treats, pig’s ears and other porcine products in addition to some chew-type products, mostly but not exclusively of Asian origin,” they said.

“According to research, the illness is normally treatable with most dogs making a recovery if treat are removed from diets completed, but very occasionally more serious illness and death can occur.”

What are some treat ideas for my pets?

Dr Amy Farcas, DVM, a veterinary nutritionist says the reduced calories is another big plus side to using fruits and vegetables as dog treats.  “Often giving fresh fruits and vegetables is fewer calories than providing cookie-type, commercial treat,” Farcas said.  “Since there’s a tendency to over-provide treats to our pets and there’s a trend of obesity in our pets, I think it is an important concern.”